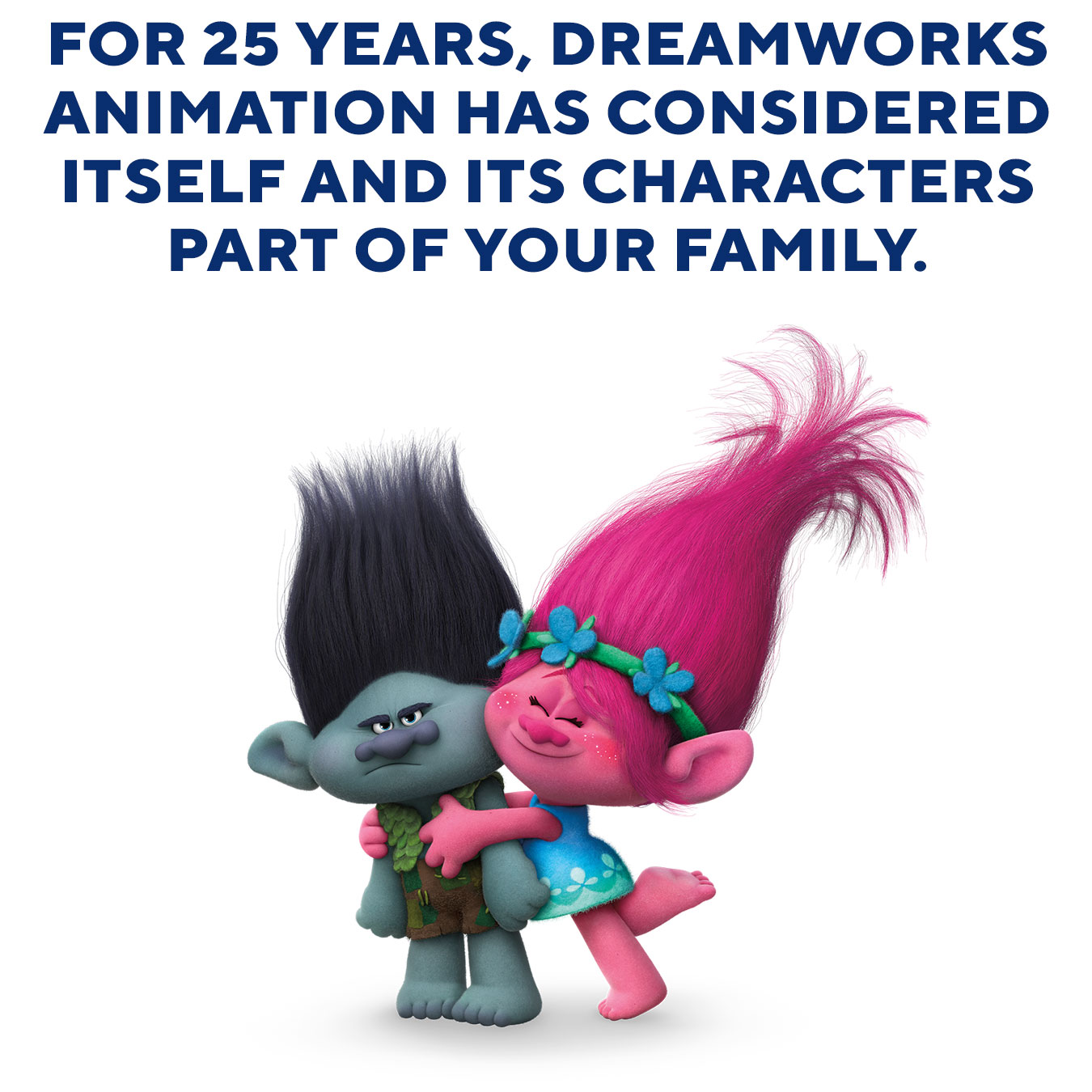 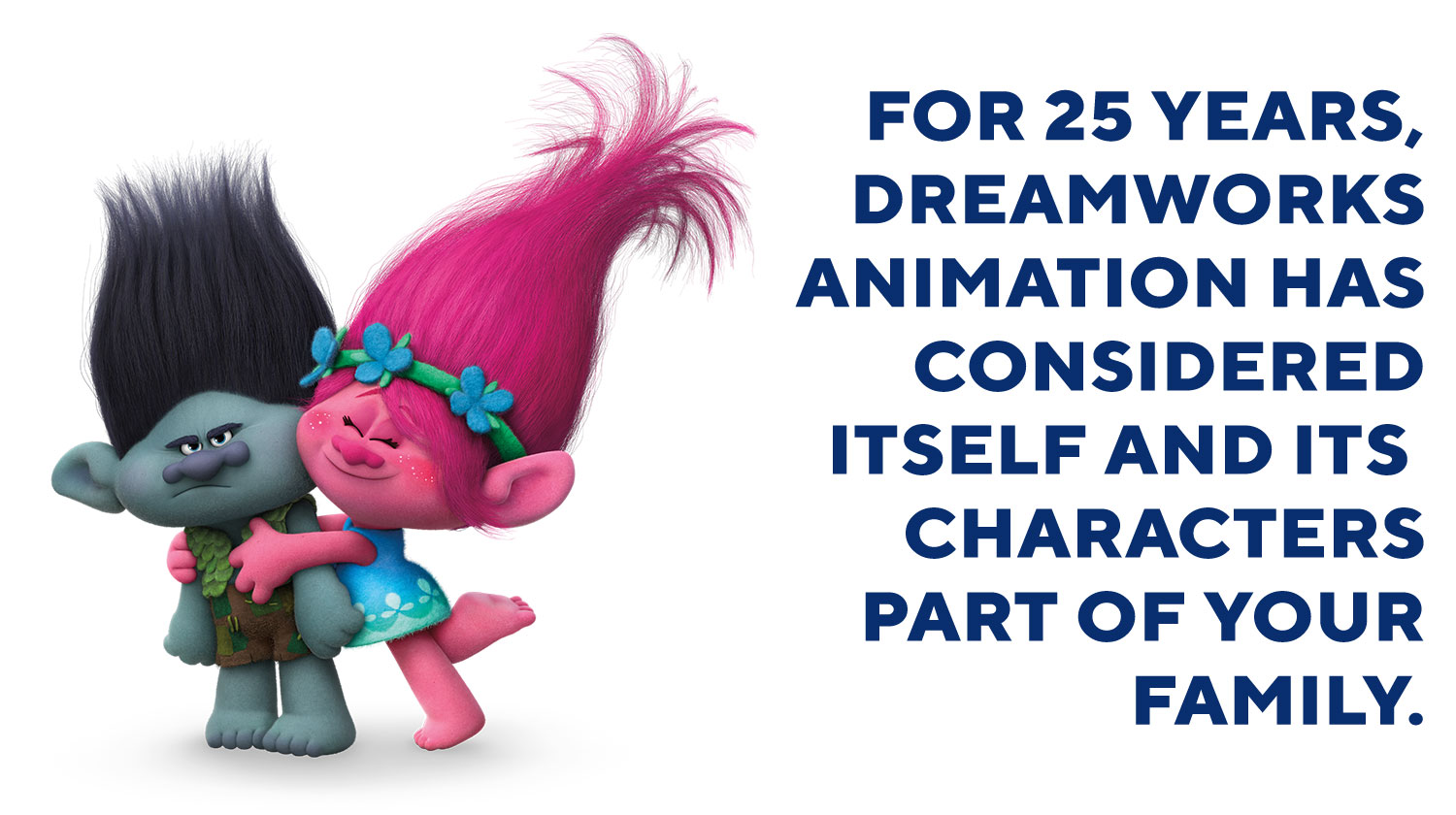 We have introduced a lovable curmudgeonly ogre, an overly optimistic pink-haired troll, a noodle-slurping martial arts obsessed panda, a business minded baby and a bashful yet charismatic Viking hero and his pet dragon, to name a few. Thanks to movies like Shrek, Trolls, Kung-Fu Panda, How to Train Your Dragon, Madagascar, and The Boss Baby, and television series like Trollhunters, Spirit Riding Free, and All Hail King Julien, DreamWorks Animation is recognized across the globe as a leader in quality family entertainment.

We tell stories about dreams and the journeys unconventional heroes take to make them come true. With hilarious characters, genuine emotion, and bold new worlds, our original stories engage audiences across multiple generations. Striving for the highest quality animation and the best storytelling imaginable, DreamWorks has delivered innovative films and television series that encourage us all to imagine something different.